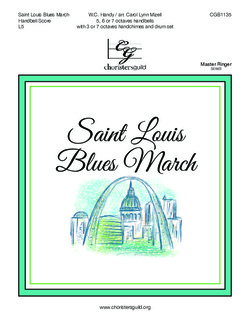 Saint Louis Blues March
W. C. Handy is often referred to as the Father of the Blues. His ever-popular “Saint Louis Blues” was first published in 1914, and has been performed by an impressive list of artists through the decades. “Saint Louis Blues March” was arranged for band by Jerry Gray in 1948, and was first played during the Big Band era by groups led by Glenn Miller and Tex Beneke. The stunning excitement of that band arrangement has now been brought to handbells! This stirring march utilizes a great variety of handbell techniques and offers wonderful challenges for all ringers. 106 measures.

We Are God's People