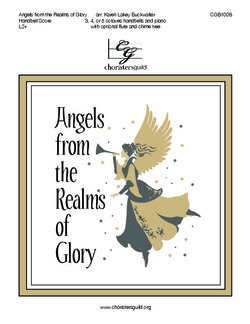 Angels From the Realms of Glory
Written by Moravian lyricist James Montgomery, the text of Angels from the Realms of Glory tells the story of Christ’s birth from the perspective of the angels, then shepherds, then magi and finally all creation. This arrangement of REGENT SQUARE by Karen Buckwalter begins and ends with a more pastoral feeling of the shepherds keeping watch over their flocks. As the piece progresses, we hear the combined angelic realms of glory, shepherds, magi and all creation worshiping the infant King. 81 measures. Keys of Ab Major and F Major.

At the Lamb's High Feast

Glory Be to Jesus