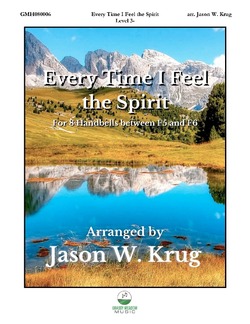 Every Time I Feel the Spirit


Let your bells ring out in peals of praise with this upbeat arrangement of the well-known African American spiritual! Written for eight handbells between F5 and F6 with no bell changes, it can be played by anywhere from two players using four-in-hand up to four players each holding two bells. Let the spirit move you and your congregation! Piano accompaniment is optional.

Christ Is Born In Bethlehem