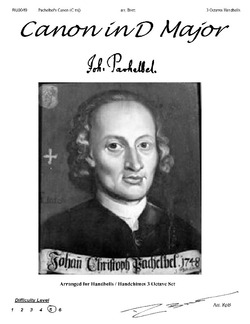 Canon in D Major
Pachelbel's Canon remained in obscurity for centuries. A 1968 arrangement and recording of it by the Jean-François Paillard chamber orchestra gained popularity over the next decade, And in the 1970s the piece began to be recorded by many ensembles; by the early 1980s its presence as background music was deemed inescapable. 57 measures. Key of C Major.

Mighty Fortress Is Our God