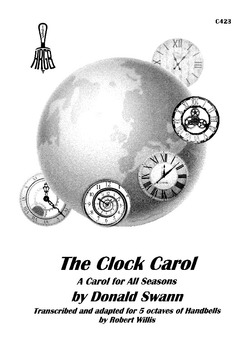 Clock Carol
This ‘carol for all seasons’ was written by Donald Swann (of the 1960s comedy Due Flanders and Swann fame), transcribed and adapted for 5 octaves of handbells by Robert Willis. Mallets and/or thumb damping are prominently featured to give the carol its "ticking" clock-like character. 73 measures. Key of G Major.

Led By the Savior

O For a Thousand Tongues to Sing