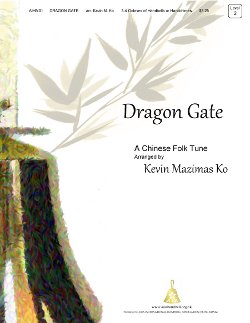 Dragon Gate
The tune was originally composed by Bliss Wiant who came to China as a Methodist Missionary in 1923, based on the folk tunes from Yunnan Province. The tune was rearranged by Tien Ching Fu in 1933 and the hymn has been named "Star of Ice, Wheel of Moonlight Bright" as a Christmas Hymn. This arrangement is 57 measures.

Lions and Their Den-er Guests, The