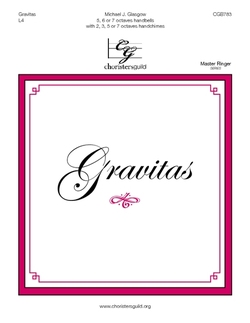 Gravitas
Exalted as one of the four ancient Roman virtues, gravitas now refers to an individual with depth of personality and dignity. Composed in memory of such an individual – Maestro David Davidson – the title says it all. The piece demands musicians who are both intense and sensitive, as David would have had it no other way. It is 100 measures in length.