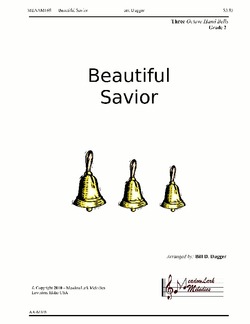 Beautiful Savior
"Beautiful Savior" is a very traditional melody. This is a straight-forward arrangement of a very familiar hymn and includes melody in bass during one section, as well as a canon. It is written in Eb Major. It was originally composed by Jesuits in Silesia, under the title SCHONSTER HERR JESU and the melody, known as the Crusader Hymn was set down in 1677. The hymn was brought to America and the English speaking world by Joseph Seiss and Richard Willis in the 19th Century. This arrangement is 60 measures.

My Shepherd Will Supply My Need