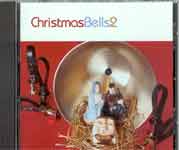 ChristmasBells2
The Alleluia Ringers of Concordia University Wisconsin was founded in 1986 and is directed by Dr. John A. Behnke. This six octave, 72 bell, 61 handchime touring choir performs frequently for concerts and compliments worship services throughout the year. Since 1992, The Alleluia Ringers have recorded the new handbell music for Concordia Publishing House demonstration tapes and CDs. The group has toured extensively throughout the US and overseas, including Germany, Norway, Sweden, and Estonia. They have also appeared three times with noted trumpeter and conductor Doc Severinsen and the Milwaukee Symphony Orchestra for Christmas concerts. In 2001, The Alleluia Ringers was selected to perform at the American Guild of English Handbell Ringers National Convention in Palm Springs, CA.

The Chapel Ringers of Concordia University Wisconsin play for worship services and on-campus concerts. The 11-14 students master the ringing techniques and gain valuable playing experience in this choir directed by Abraham Batten and Christa Stec.

The Alumni Ringers is an accomplished group of former ringers that continues to reside in the greater Milwaukee area. They gather periodically throughout the year to assist in recording projects. In 1996, they established The Alumni Handbell Endowed Scholarship which provides financial assistance to deserving students who ring in The Alleluia Ringers.

Director, Dr. John Behnke, currently serves as Professor of Music at Concordia University Wisconsin. He is highly acclaimed as an organ recitalist and teacher, handbell director and clinician, and composer of church music. His compositions are in print with seventeen different publishers in the United States, Taiwan, and Germany, and he has been the recipient of ASCAP composers grants each year since 1998.

These recordings were made in the Chapel of Christ Triumphant on the campus of Concordia University Wisconsin, 12800 N. Lake Shore Dr., Mequon, WI.

It Came Upon A Midnight Clear