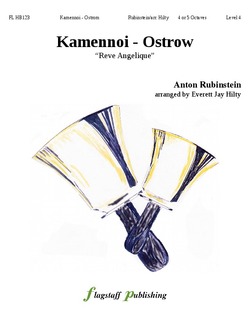 Kamennoi-Ostrow
While a guest at the castle of the Russian Grand Duchess Helen, on Kamennoi Island in the Neva river, Rubinstein completed one of his most admired compositions. He wrote a series of 24 "musical portraits", each suggested by the personality of a guest at the castle, and later published under the collective title of "Kamennoi Ostrow". The 22nd of these "portraits" has been named variously by different publishers, as "Reve Angelique" (Angelic Vision), and other different titles, but it is best known to the public by the title of the set of pieces from which it is drawn. (from "The Lure of Music" by Olin Downes)

Children of the Heavenly Father