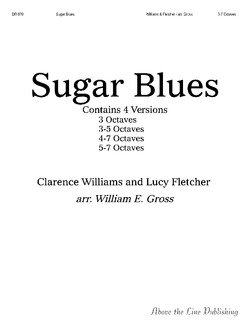 Sugar Blues
"Sugar Blues" is a song that became popular by Clyde McCoy. He recorded it no less than four times and it became his trademark song. It was written in 1919 by Clarence Williams and recorded for the first time by Leona Williams and her Dixie Band in 1922. Although McCoy's version was strictly instrumental, there are lyrics written by Lucy Fletcher. Contains 4 versions; 3 Octaves, 3-5 Octaves, 4-7 Octaves, 5-7 Octaves.

Suite of Canadian Folksongs, A

Just As I Am