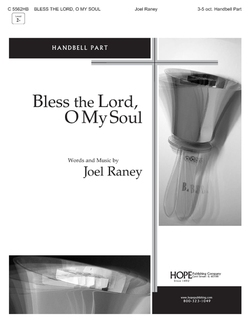 Bless the Lord O My Soul
Based on Psalm 103, this Joel Raney original both charms and delights as it declares praise to God from beginning to end. The choral writing sparkles with a touch of syncopation, while grounded with a solid piano accompaniment. Excitement is heightened by the addition of the optional handbells and flute. Included in the anthem is the reproducible flute part. The 3-5 octave handbell part and a full conductor’s score are available separately. Set in F Major, D Major, G Major, and Ab Major, this work is 122 measures.

Lord As I Walk

March of the Priests