Customer Admin Tool
Sea Songs and Shanties
Sea shanties are the work songs that were used on square-rigged ships in the age of sail. The purpose was to coordinate the efforts of many sailors who were all engaged in the same task, turning a capstan to raise the anchor, pumping out the bilges, or as in our case, putting out fires. Halyard shanties were sung to the raising and lowering of sails and windlass shanties helped when other lifting was required. A shantyman would lead off with a line or two of song and the sailors, working together, would respond. The parts for the shantyman and the sailors are indicated in the music. Some of the words of the songs in this collection are printed after the music. Space does not permit all the verses to be included, but the verses listed may just be sufficient to help in the interpretation of the music. Where there is both verse and chorus in the music, the chorus words are printed in italics. The sailor's part in the shanties is also in italics. Choirs with sufficient handbells or handchimes may wish to play these pieces in keys more suitable for singing. An easy-to-use transposition chart is included with the music in all cases where C major is not the preferred key.

Let All the World in Every Corner Sing

All Things Bright and Beautiful 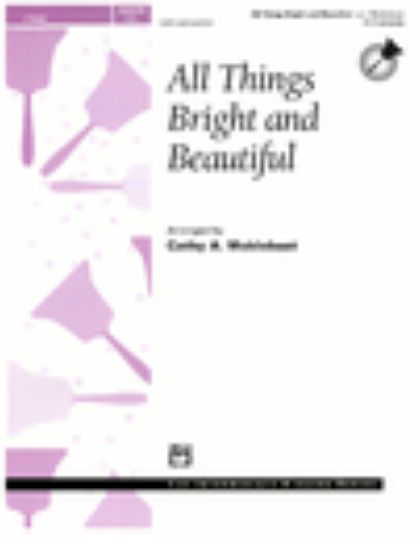